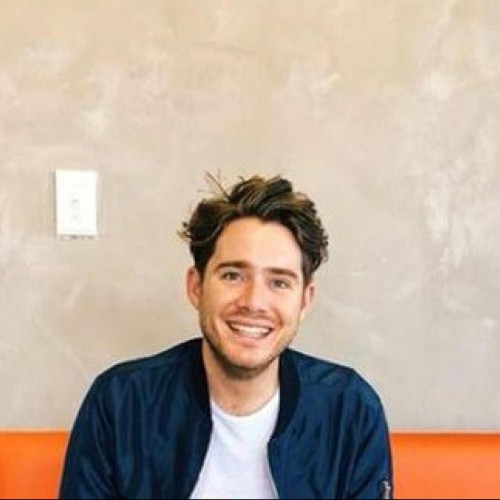 My colleagues and I on the roof of the Nendo office in Nairobi. Photo by June Ondeng.

“As a tech scene, no one can rival us. South Africa is doing a good job though.”

Benson Mutahi said this to me with a mocking smile, trying to spark a national rivalry. It was March and we were at the iHub – an innovation hub and hacker space for the technology community in Nairobi. With me were three colleagues, as well as five digital marketing interns we brought together from Zimbabwe, Kenya, Sudan, Ethiopia and Mauritius to do user research.

END_OF_DOCUMENT_TOKEN_TO_BE_REPLACED

My friend Amina Maikori is a Nigerian author, who published her debut novel The Demystification of Stephen last year. She recently interviewed me about work and creativity. We spoke about my career, making music, writing and DJing. Here’s an extract:

Amina: What is the most important thing you’ve learned in the process of handling teams across 19 countries?

Rossouw: I’ve learned that it’s important to have a sense of the larger purpose of the work you’re doing as a team. Often you’ll find two people disagree about the way to do something and after an open conversation you’ll realise it’s because they have very different ideas of the bigger goal. I’m learning about the methodology called Agile at the moment. One of the principles I’ve gotten from it, is that you don’t start by saying “We’re gonna build a car”. You start by saying “we want to transport people”. And then you figure out as a team what form that solution should take. It could be a bicycle, a bridge, a hoverboard or a camel. It depends on the needs of the people you’re trying to serve.

END_OF_DOCUMENT_TOKEN_TO_BE_REPLACED

There’s something strange about the way Nigerians are using Google search. If you compare the number of Google searches coming from Nigeria, it’s disproportionately low compared to other African countries, relative to online population size.

Let me give you an example. According to Google trends, the most popular searches in any country are typically three things: the name of that country, the word ‘facebook’ and the word ‘news’. Nigeria has 59 million internet users, three times more than Kenya has. And yet, Kenya has double the amount of searches END_OF_DOCUMENT_TOKEN_TO_BE_REPLACED