You are here: Home › Rossouw Nel

Around the age of seven I began creating treasure hunts for siblings and friends. I was inspired by the Indiana Jones movies and the Usborne series of puzzle books. I created a series of clues and puzzles that would ultimately lead them to an item hidden somewhere in the neighbourhood or backyard.

But there were problems.

One Saturday morning I created a hunt for my sister while she was at choir practice. Once she arrived home I gave her the first clue and set her on her way. It didn’t last long. She came back saying that she couldn’t find the next clue. It had either been moved or the instructions were too vague. This was a common complaint and also the reason why most of my challenges were never completed.

As I got older I realized that verbal clues are tricky because they rely on interpretation. If the creator and player do not share the same frame of reference it can get rather frustrating. The other problem is that the player will inevitably ask advice but doing so will ruin their sense of independence. So I realized back then that the ideal would be to monitor the player’s progress and offer advice without having to follow them around.

Fast forward to 2011 and there’s a range of location based games available on mobile phones. I decided to try out Tourality because it was the only IMGA Best Real World Game nominee available for Nokia / Blackberry.

Tourality allows you to turn your neighborhood into a playground. To create a game you choose locations in your area that players have to reach. You then set the type of challenge RACE, TRAIL, CHASE, RUSH or ACT and you’re ready to go. I created a game in Tamboerskloof by selecting 7 targets and set out one morning before work to try it out. Here’s how it went:

I had completed the game set in 23:09 min. I could also view the distance traveled, average speed and altitude. Walking back home I thought about what I enjoyed most and what else we could do with location based games.

The most exciting element was doing a speed challenge in an unfamiliar road. I’d played a single player game but I imagine Tourality is at its best played with friends and neighbours. If playing in unfamiliar territory lends a sense of adventure then the ideal is that friends set up challenges for one another instead of playing their own maps.

To be more than a running exercise it needs have an element of strategy. If success is determined solely by fitness then the game is merely a race.

That’s why a capture the flag game mode would be excellent. Two teams compete for control of targets in their neighbourhood. The amount of targets should be greater than the number of players to deter camping. Players can monitor the movement of all the other players on their mobile screen and adapt their strategy accordingly.

To play such a game without the use of mobile technology would be difficult. Administrating the game would be too complex. The lack of a central communication system would also mean that players wouldn’t know who’s winning or whether the game is still on.

Mobile technology gives us a system to administrate such outdoor challenges and lets us invent new ways of interacting with our environment. 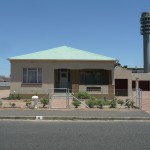 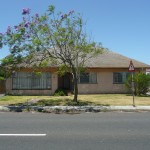 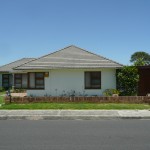 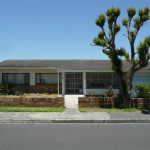 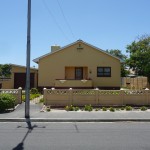 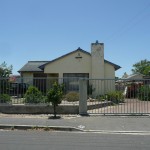 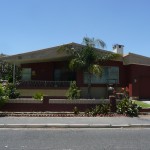 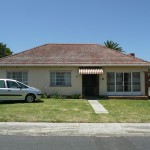 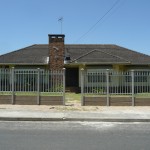 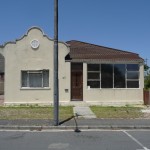 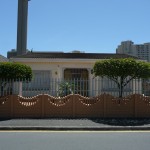 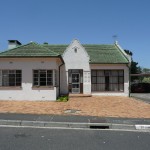 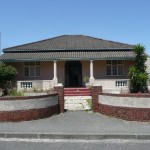 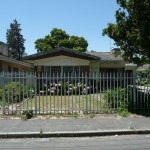 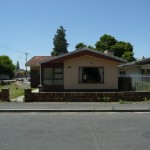 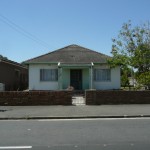 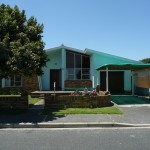 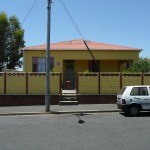 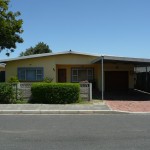 I walked around one day in 2010 taking pictures of distinctive houses in the Bellville neighbourhood between Voortrekker Rd , Durban Rd , Bill Bezuidenhout Ave. and the N1.

I photographed these 23 house. Which one do you like most?

Fundraisers in animal masks greeted me at the Old Oak / Durban Road traffic lights today. They are asking for donations to support an anti-drug campaign. What was interesting about their approach is that the masked collector that came to my window only asked for 5 cents. Their poster said the same thing, “five cents makes a difference”. This is a peculiar strategy, but quite a smart one.

I’ve seen it work for the Funny Money pamphlet sellers outside Cavendish Square. The pamphlets are paid for by the printers so the sellers can ask minimal amounts because they have no costs to cover. There’s a smart psychological trick in asking for a ridiculously small amount. I think people derive pleasure from trumping the requested amount. When he asks for 5 cents and you give 2 rand, you almost feel proud of surpassing expectations. If he had asked you for 2 rand from the start, you may not enjoy complying or you may simply have refuse. I think it’s a good idea to give others the opportunity to impress you because they’ll end up putting in more money-effort.

It’s this idea that I believe Trent Reznor did not understand when he released Saul Williams’ Niggy Tardust album. They made the album available for free download but provided the option of paying $5 for a higher quality download. Reznor was disheartened when he discovered that 154 449 people downloaded it for free but only 28 322 were willing to pay the $5. The mistake he made was setting a specific amount instead of letting donators pick it themselves. If he had to set a minimum amount he should have made it ridiculously small, like 5 cents. Doing an internet transaction is still a hurdle for a lot of people. But if you have to pay 5 cents anyway, you might end up donating more to surpass expectations.

P.S. I’m sure there must be some research on this topic in psychology or behavioral economics, but I have not encountered it yet. If you know more about this or have seen this strategy used elsewhere, please let me know.

I'm a digital marketer advising teams in 18 African countries, from Senegal to Tanzania. Check out my blog Impending Boom, it's about online trends and branding
Cape Town